My Courtesy Light Installation - by BarryB 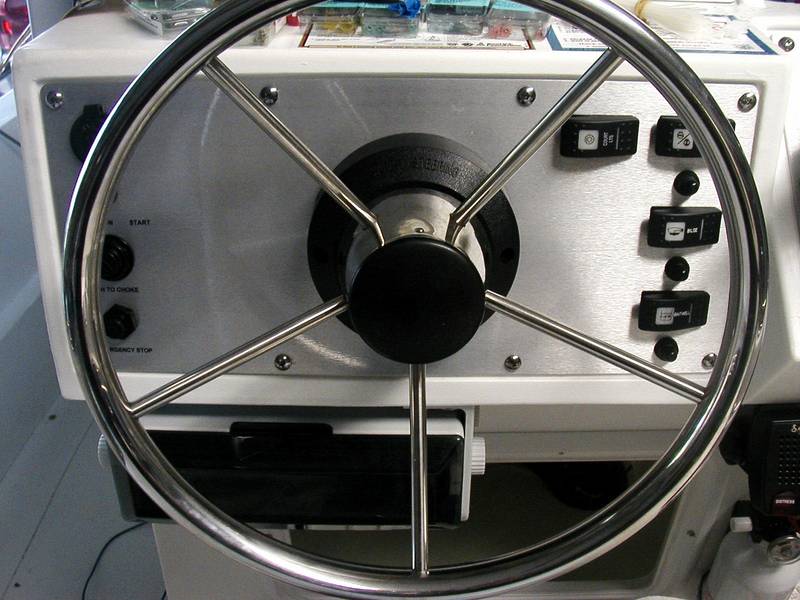 Let me preface this by saying sometimes I think of an idea after starting on a project. So, some photos were staged after the switch was installed. I finally made the time to install the courtesy lights. I knew where I would install the lights because I wanted to fill a hole that used to be the outlet for the VHF antenna cable. 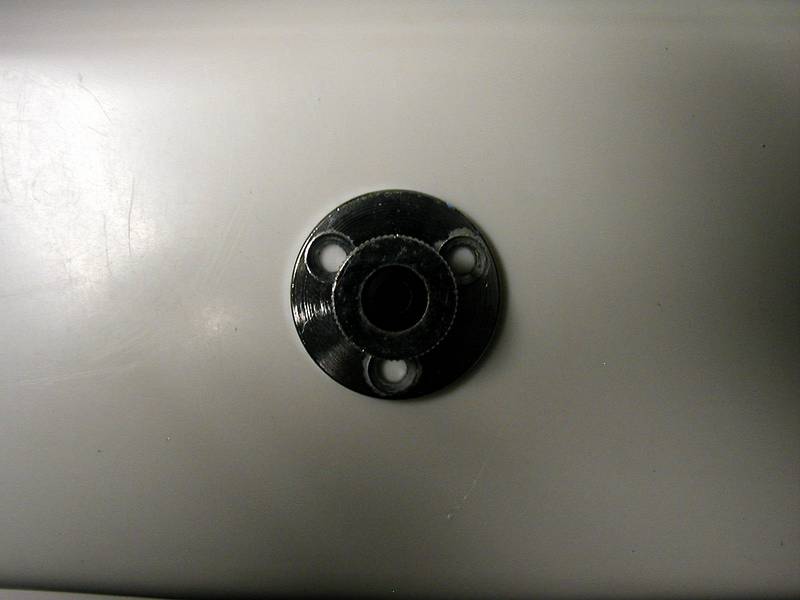 I chose Lumitec lights for their size and light output. Plus, at $20 each, they were not too expensive.

The toughest choice was where to install the light switch. I wanted the system to look like a factory job, so after some queries from others, I mounted the switch near the Nav/anchor switch.

First, I had to remove the steering wheel. I used a Harbor Freight three jaw puller on the wheel; the smallest of the three puller set they sell. 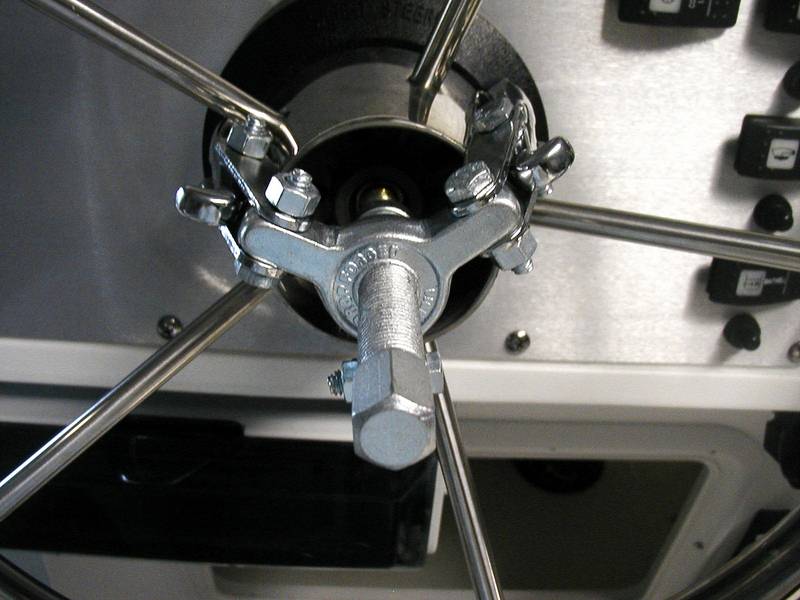 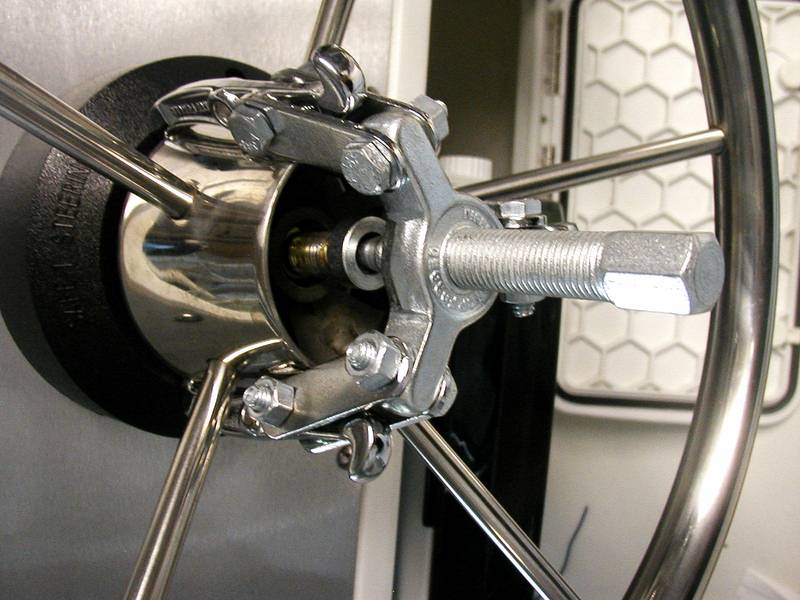 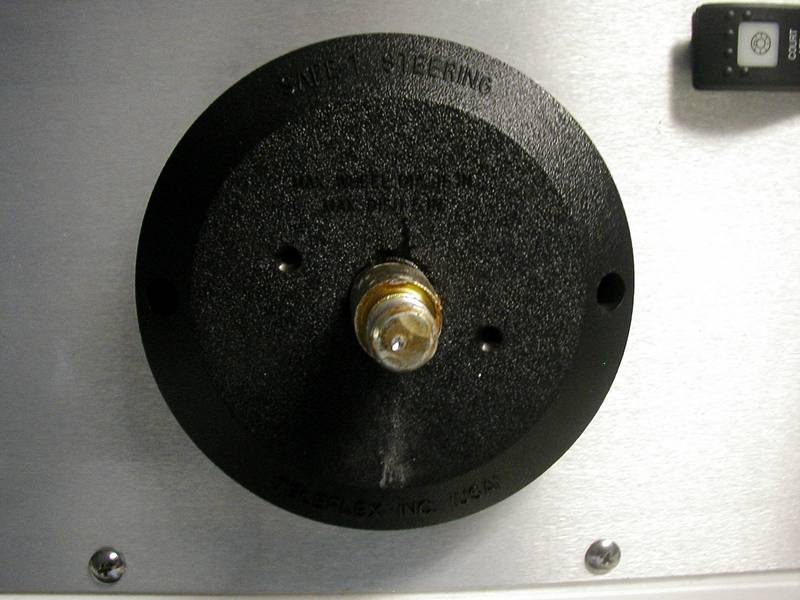 With the wheel removed.I removed the black cover.​ 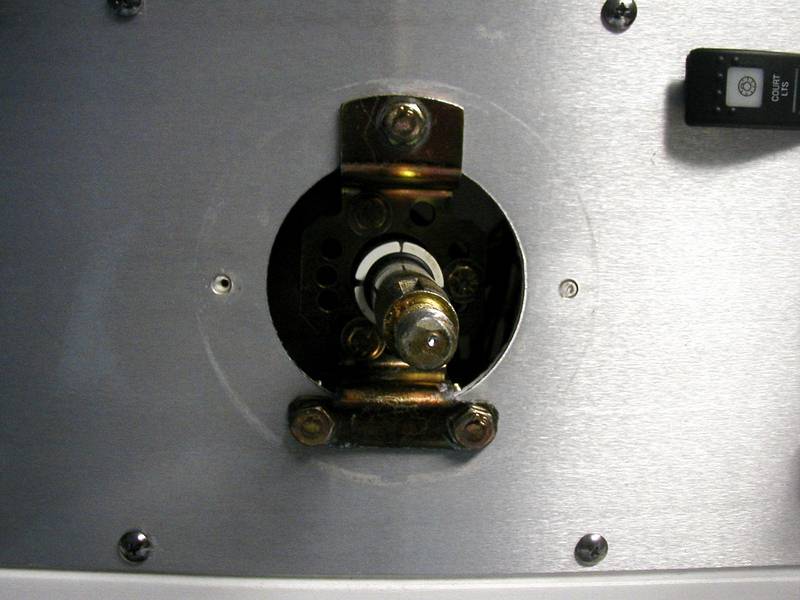 I removed the steering mechanism in order to remove the switch panel.​

With the panel removed, I taped off the area, measured twice, and used a Dremel with a high speed cutting bit to cut the rough opening for the switch. I then used a hand file to smooth the edges and for final sizing.​ 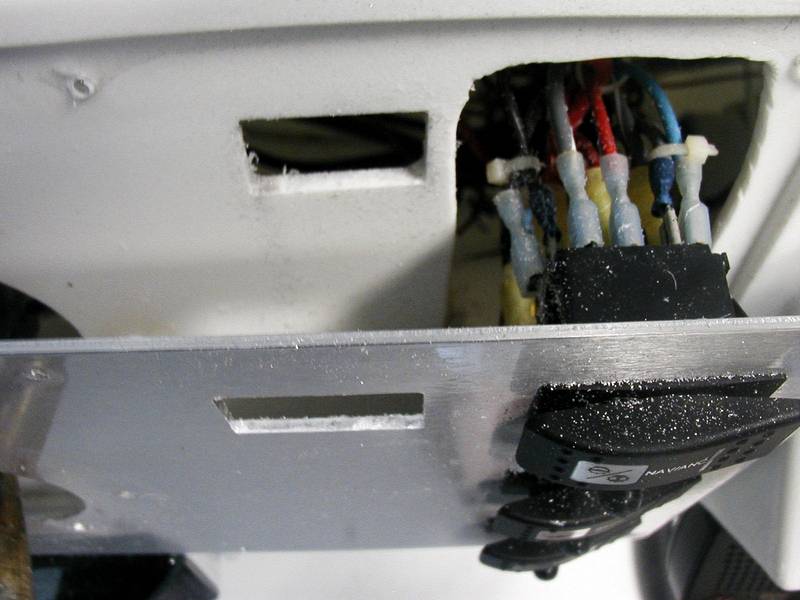 I had to remove the panel and cut the plastic part a bit bigger than the aluminum so the switch would lock in place.​ 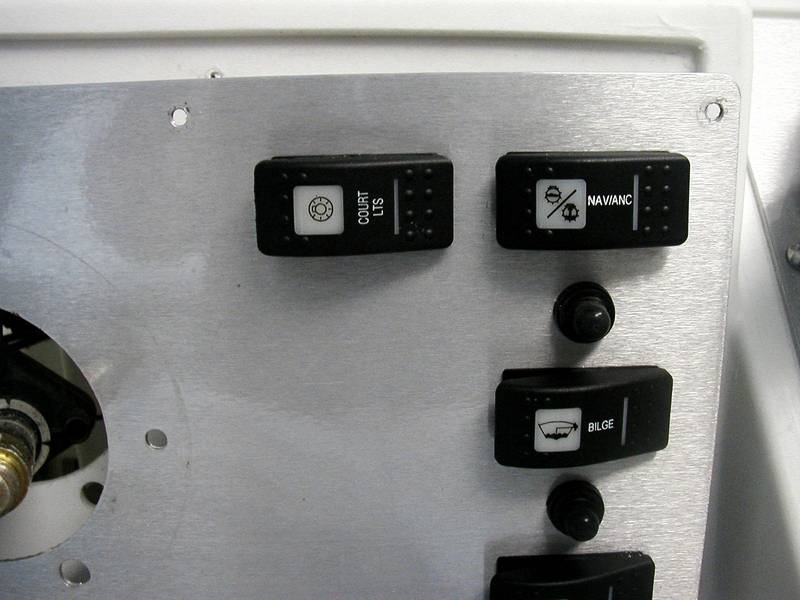 I test fit the switch before wiring it up. You may notice the switch should be vertical according to the silk screen. Seems Triumph only made the cover for vertical mounting, guess I’ll have to search for a horizontal mount cover.​ 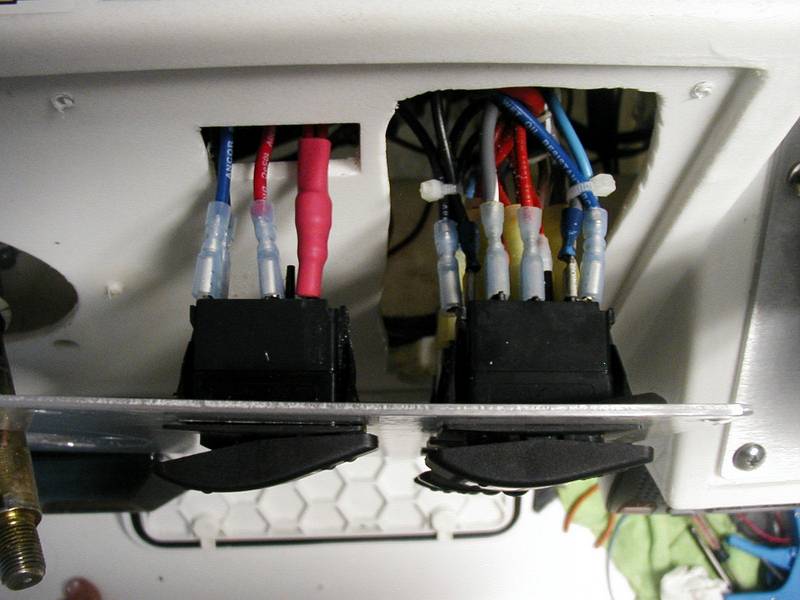 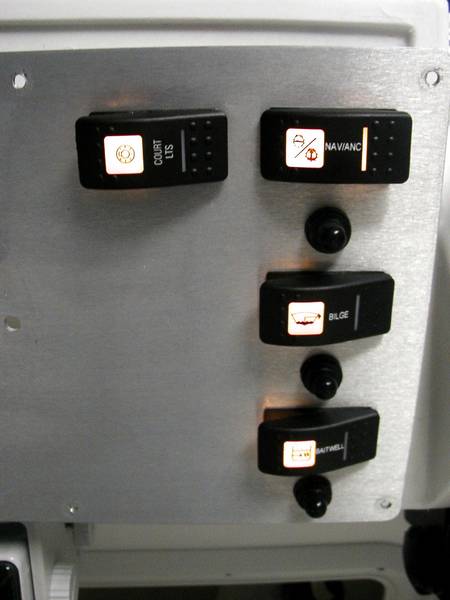 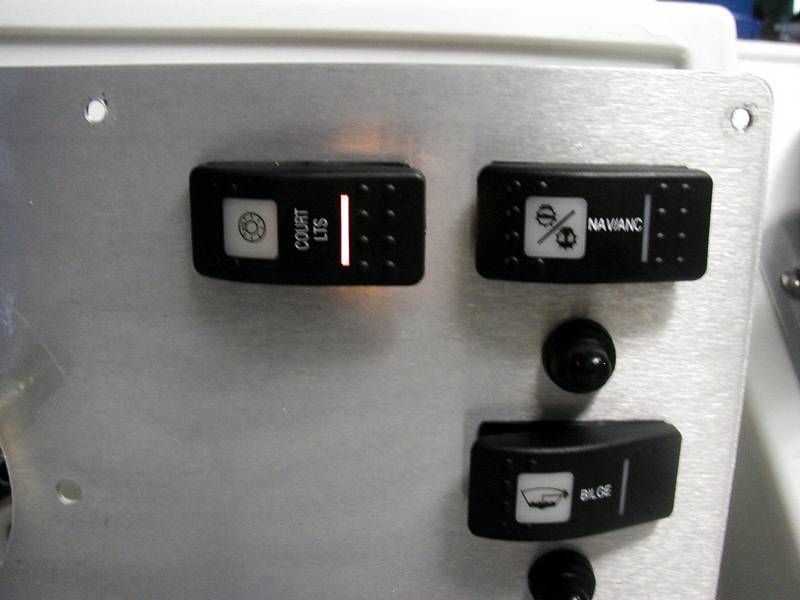 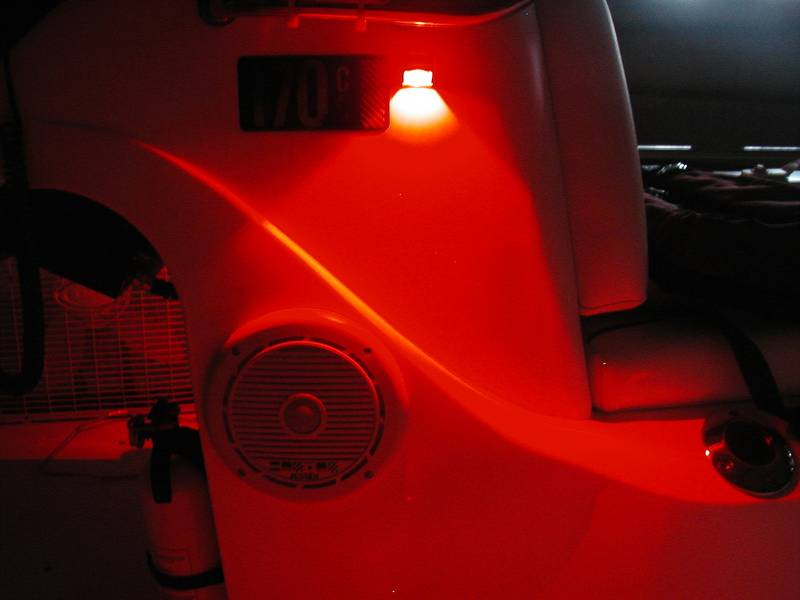 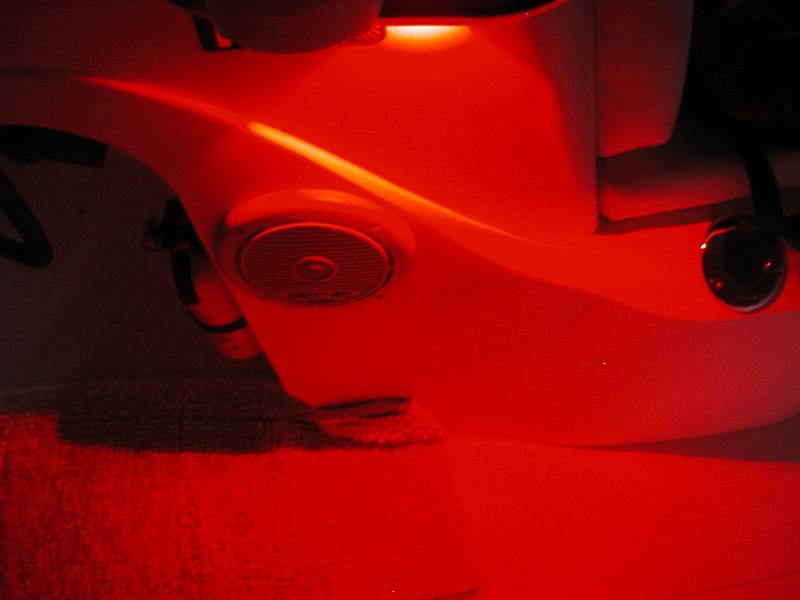