My Downrigger Setup on My 210

I have recieved some e-mails with questions on downriggers. And I thought it would be better to post the most common questions here so they can be available for anyone who wants to add controlled depth fishing to their fishing arsenal. Now you can catch a ton of fish with only two downriggers, but the size of the 210 and the fact that I run a guide service and fish some tourneys I like running four.

First, when mounting downriggers a good rule of thumb is you want them as far aft as possible or furthest item astern. 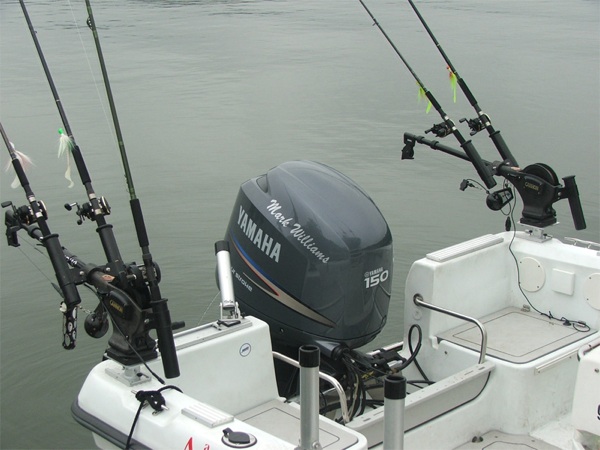 ​
The second consideration for positioning downriggers applies if you intend to mount two riggers. If so place them in as straight a line as possible across the transom. By placing the downriggers on a closely parallel plane, you will greatly reduce tangles. The parallel set-up will position your downrigger weights evenly across the water as you troll. If some weights are more forward than others, they can have a tendency to swing up under the rearward weights in cross currents or on turns, creating tangles. Riggers don't have to be exactly in line, but keeping them as close to a parallel line as possible is ideal. If your boom riggers are mounted 18 inches or more forward of the corners, you will have more issues with tangles. 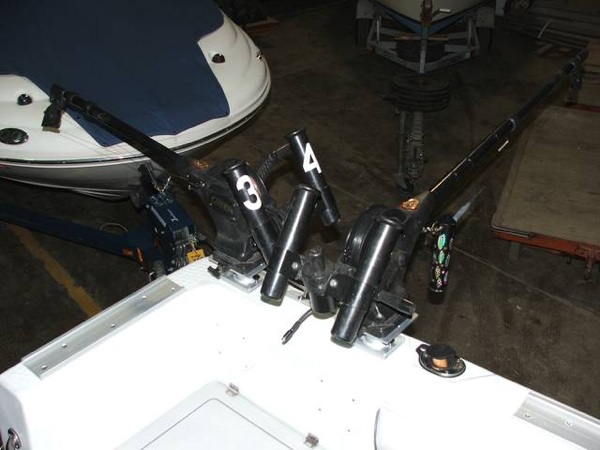 ​
To minimize tangles, use the corner riggers with the short boom, to keep your weights to as close a line as feasibly possible with the side riggers. Your boom riggers however, should have as long a boom as possible to spread out your lines. This will also broaden your trolling path and minimize tangles. Use your four-foot booms on the sides as boom riggers.
Remember, mount your corner riggers as close to the stern as possible. This will free up the center of the boat for fighting fish, because that is where they are going to go when you are under way.
I like swivel bases especially on boom riggers. There is going to be times when you are going to want to swivel that rigger out of the way, It could be while you are fighting a fish or when pulling up to a dock, etc. 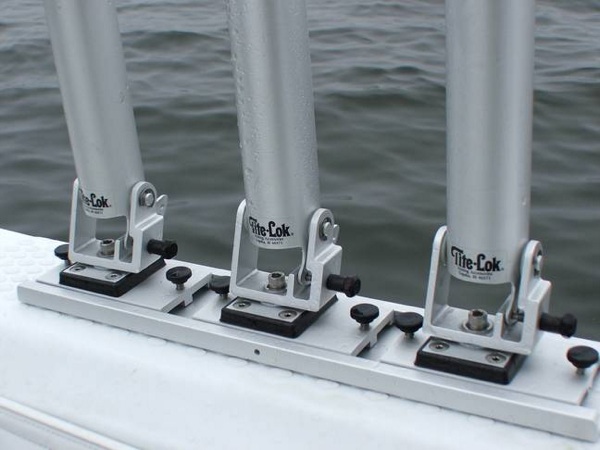 ​
Tracking systems work for me because of their versatility. I installed four TiteLok 6" tracks to my 210 for my downriggers. 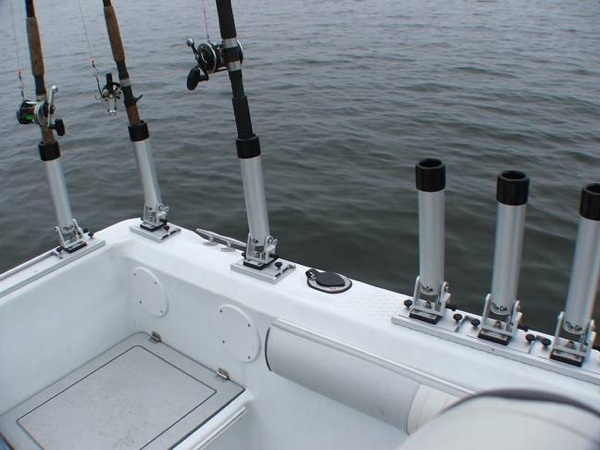 ​
Tite Lok tracks &amp; rodhoders on rear portside with 360 degree rotation. They are removable and have six locking up and down positions. 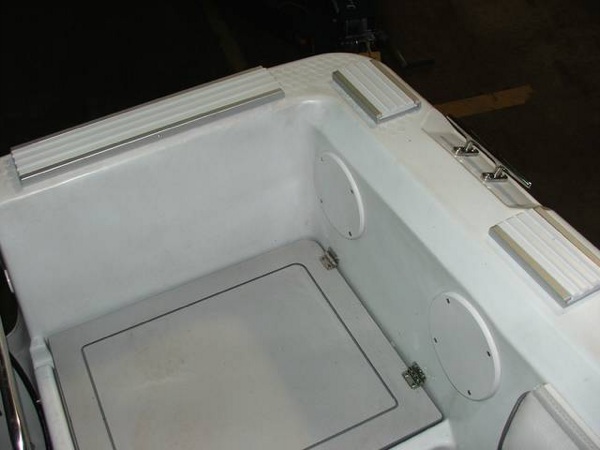 ​
If you are only adding two riggers then only two tracks would be sufficient. And believe me once you start cutting plastic and prying foam you are going to be glad you only have two 6" tracks to install. Here is a look at the fun part. 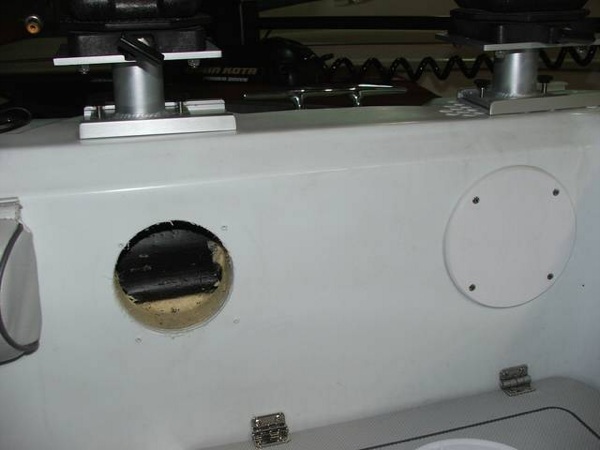 ​
"PLASTIC and FOAM" - Triumph has installed a plastic pipe running inside, right under the gunnel probably for a wire feed. Your going to have to cut it, because your not going to be able to get anything in there to bolt it down, (no room to work) and then you have the plastic rod tubes from your two holders which turned an easy install into a real pain (I still have the scars to prove it). 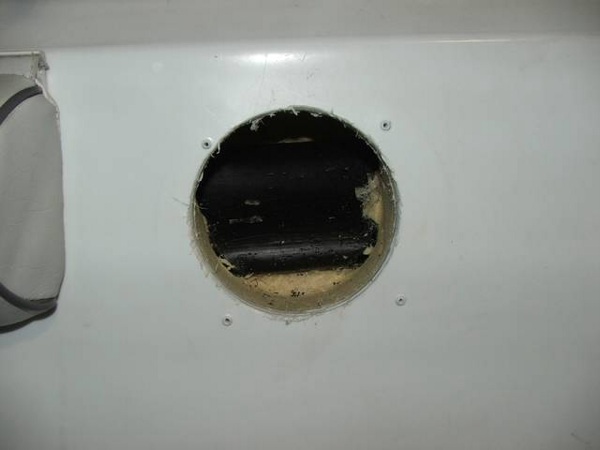 ​
A closer look at a really big hole in a perfectly good boat! It was a really tight fit, and trying to get my hands up in there to bolt the tracks down was rough. I had to use rule on my fingers to keep a hold of the nut (glued to my finger) as I attempted to get it threaded on the bolt. After you are all done slap a couple of inspection plates on and your good to go!
After the tracks were in place I installed my Cannon swivel bases to the 4-inch TiteLok downrigger bases that match up. They simply slide into the TiteLok tracking system. 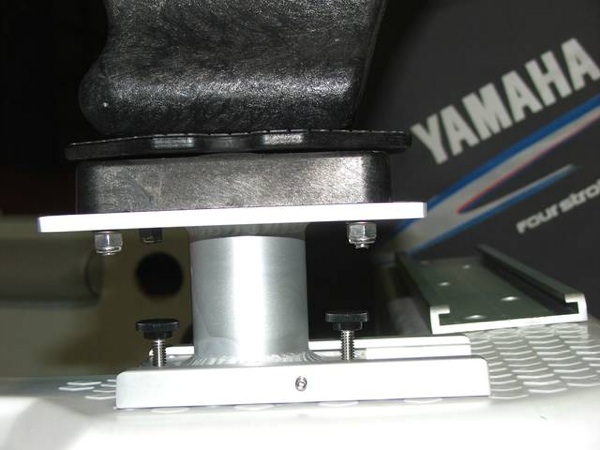 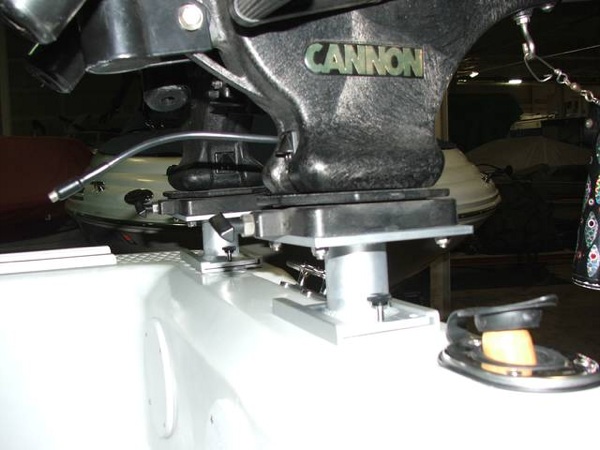 ​
When I'm done I just slide them out and insert a rod-holder or white insert pad into the tracking system, which makes it appear clean and part of the boat when the family is out for some fun on the water and not fishing. With rodholders and downriggers removed, I slide the step pads into the tracks to give the gunnels a nice clean appearance. 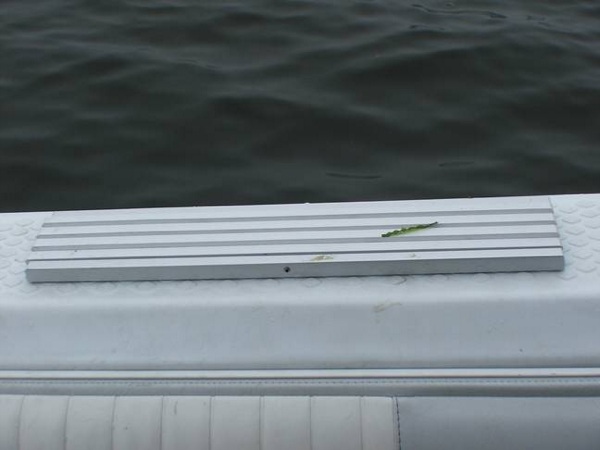 ​
Here is my downrigger and bambeeno setup on portside. Iam removing the dual rodholders from the rear and installing them on my booms. 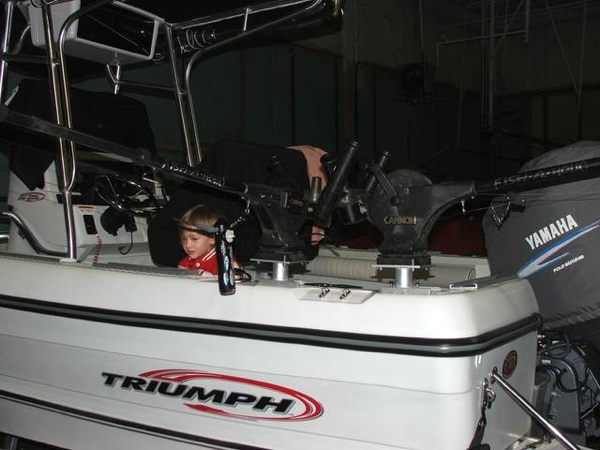 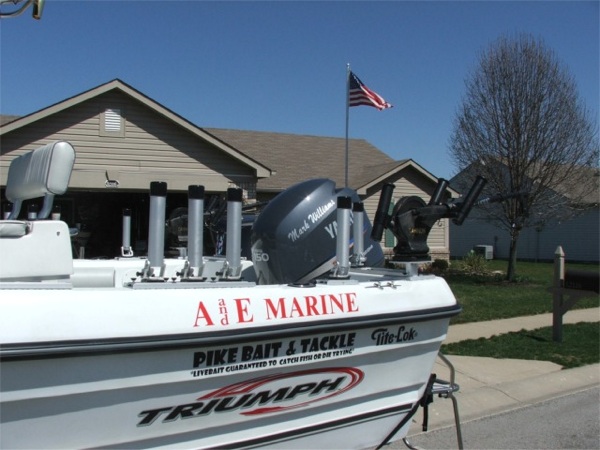