My next photography pursuit since we have such powerful summer storms here almost every afternoon and evening... Some are just awesome to watch from a safe place of course, and they remind me of running the house through a car wash at times

So for those who would like to try the same, here is some training an example videos I found on the subject.

And not much actual in the way of training, but the use of taking shots every second or so is an excellent tip instead of what I was trying to do and grab "one" by using my remote to fire the shot (more on that later)


And that is some expensive gear to leave out in the rain!

One thing to consider is protection of your expensive gear while the rain is starting to fall is a plastic cover for your camera, and I have this (link below) on order for my camera... 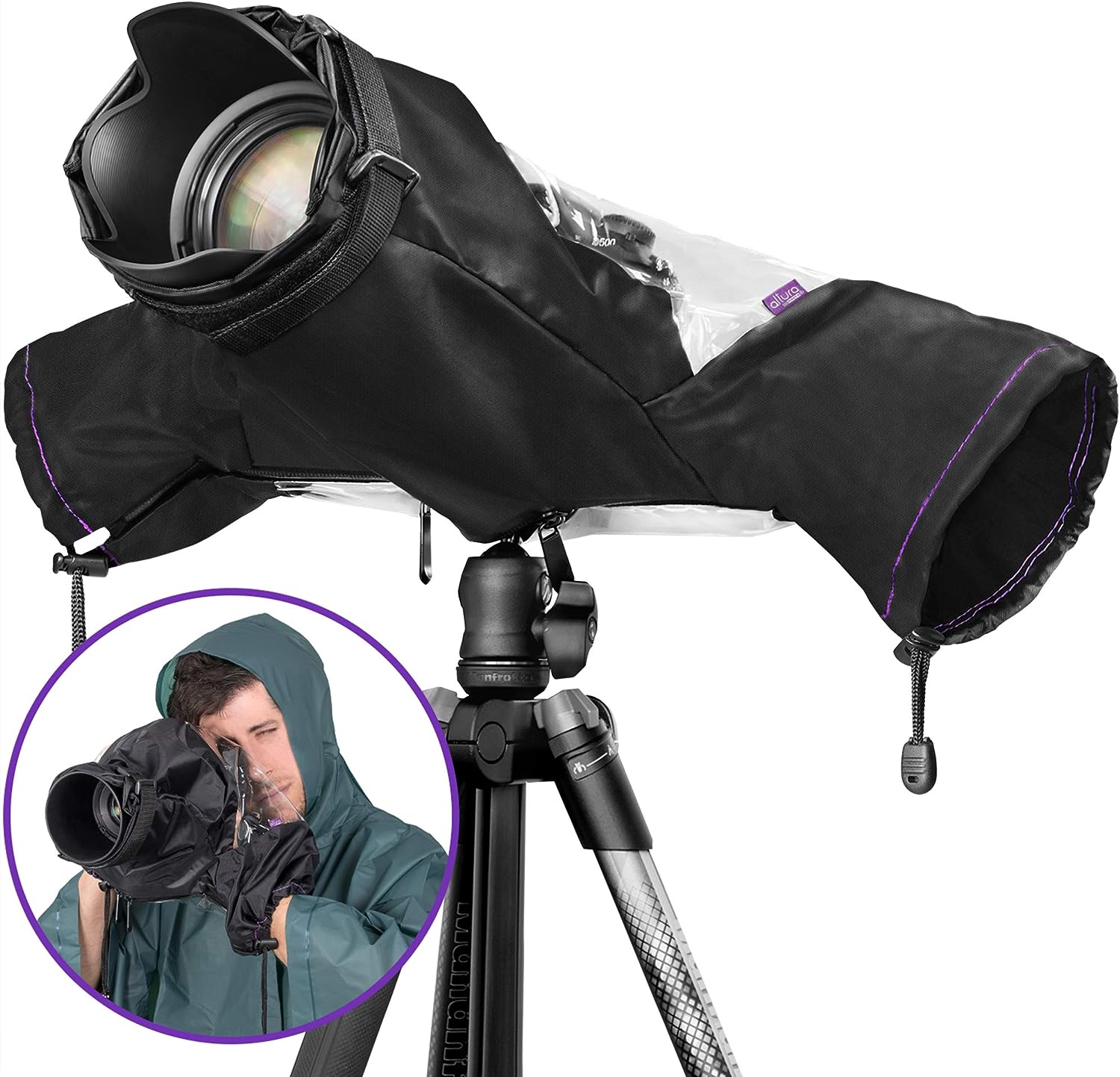 And what I like about it is that I can see through it (unlike others) to make needed camera setting adjustments.

And do share your shots even if they do not look as well as you would like for I know! Just how hard it is to snag any pictures with lighting in them

Spoke to Jane today at Strike Finder (She was Awesome!) on the new Strike Finder 2 product, and looking to secure some more information to share here on it... In the meantime, here is a review of it from the guys over at Big Bolt Media

And do let them know the guys from Performance Outdoors.Net sent you if you reach out to them and use the discount code BIGBOLT to save a few dollars.

Good Shooting and Be Careful, had a nasty storm today and I was trying to grab some shots on, and "one" got a little close

Just ordered mine and looking forward to testing it's use!

I also attached the User's Guide for the Strike finder 2 if needed, and as soon as it arrives will give it a serious test run and post up some of those shots

Good Shooting and Be Safe doing this!
Dave

I say, let the Bolts fly now and mine is installed and ready for testing

But like when you wash the truck and "Then" it rains after months of none for months on end... Now that it is ready, the feeder band storms from (now) TS Elsa are falling apart out over the Gulf

Quite sure as it heats back up post Hurricane, will get some storm action soon.

Like any tool it takes a learning curve in setting up the composition and on one test run, it snapped off like 60 some odd shots (better too many than to little for sure) but I only manged to grab just a few actual bolts showing.

I suspect, that the FOV (Field of View) on the trigger, is much wider and like 180 degrees than the lens that "might" have at the 24mm setting, maybe a 60 degree FOV is the reason why. Basically the trigger was firing on bolts that were simply out of sight of the lens and I could see that in the series from the amount of bright light reflecting off of the background from the bolts, that simply did not show up in the actual picture.

And some tweaking of the camera settings are needed, and somewhat dynamic as the light conditions and amount changes while any storm is going over top of you naturally. Also, due to the nature of the speed needed to grab such shots, since you are literary trying to grab "lighting in a bottle" I was slowing my test mule camera (Nikon P950) down, by having it trying to grab both a RAW and JPEG file copies with each shot. I have since made some changes to it as I run my tests and of course, the newer camera (Nikon Z6) with it's 10x faster CPU and Ultra Wide Angle lens, will work much faster and better for this kind of work! I just wanted to get my workflow down using the P950 and learn the triggers range which seems to be about 15 to 20 miles and which settings seem to work the best before I bring out the Big Dog

Here though is an example shot and little to no post editing was made to it, so you can see what it is able to grab even in daylight

Overall, awesome little trigger and upgrade to your camera gear, And once you get all the composition and settings dialed in, should yield some just killer photos for your collection! Do share if you get one and would love you see your work it with it also!

And do let them know the guys from Performance Outdoors.Net sent you if you reach out to them and use the discount code BIGBOLT to save a few dollars.

Good Shooting and Be Careful!

Getting closer to getting some great lighting shots for sure. And I just about have the base camera settings dialed in, as the light amounts change now

And also, I have now unleashed my low light beast (the Nikon Z6) for such work. And this is how it all looks below, when it is set up and is taking a shot. Got lucky and grabbed a picture of how it appears spooled up, this while it was in the process of it grabbing a Lighting Bolt picture. I thought was pretty slick... Let's just say I got real lucky pulling the trigger when I did

And here is one that it (the Nikon Z6) managed to grab though the actual bolt was a little low on the Horizon when taken.


And as mentioned before, the lighting trigger will fire the camera shutter even though the bolt is outside of the lens frame at that time.

What I was very impressed with (and this took hours of study for all of programming needed to tweak it) that even though it fired a shot of a bolt that was really inside that awesome storm cloud... It did not over expose the rest of the picture to the point, that it was all washed out... Trust me, this can be a very delicate dance to make all of those setting changes on the fly (some I am really taking an educated guess it "should" work) due to the ever changing light conditions as in this case, while the Sun is setting.

So, in this shot below, you are looking almost due East. Yet the camera with it's full sized sensor and quick CPU (zoom in on the top right of the picture) was still able to grab some stars in the background and they for the most part, are still in focus! That is a pretty dynamic set of light conditions across the entire frame, for it to still be able too grab that picture and it stay that clear, with the shutter being told to fire and stayed open in this case for 3 full seconds and not get all blown out or blurry

That is a pretty clear shot I say, and I have not made any edits to it in post processing to clean it up any, pretty cool...

Next step, and hopefully when the conditions are near the same. I will mount up the Ultra-Wide lens that I now have, to give the camera a much larger sized window / frame to grab more actual bolts and their filaments. Which is really an awesome sight and rare really (seeing the smaller filaments) that the human eye can even see's such


So, with a little leaning curve, I have to say the Strike Finder2 is an awesome little tool to have in your camera bag during Storm Season! And as compared to a lot of other camera add on gear (just ask Randy with all the expensive toys and tools he has) this one is very cost effective and has a great bang for the buck to add to your photography arsenal!

And here is where you can find more information on them and order one to try yourself.

And do let them know the guys from Performance Outdoors.Net sent you if you reach out to them. And don't forget to use the discount code BIGBOLT to save on a few dollars.

Good Shooting and Be Careful!

And though God should have killed me in my sleep for what I thought, said, and did on yesterday…
Yet, by his grace, He’s allowed me to live another day.
You must log in or register to reply here.